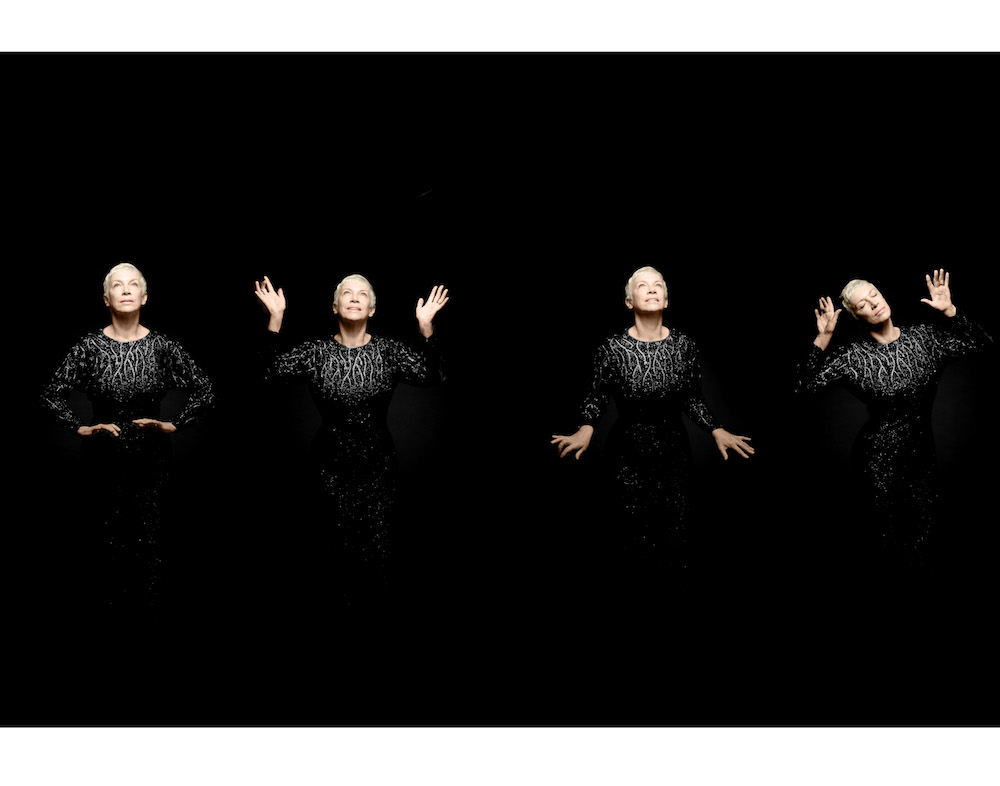 One of the finest and most outstanding musical voices of our time, singer, songwriter, campaigner and activist, Annie Lennox is celebrated as an innovator, an icon, and a symbol of enduring excellence. Annie’s music career is peerless with over 80 million record sales to date and winning countless awards, while her tireless charity work is widely praised receiving prestigious awards and honours.

In 1971, at the age of 17, Lennox left her native Scotland after gaining a place at the Royal Academy of Music in London.

From a fortuitous chance encounter with Dave Stewart in the early seventies, the pair went on to form The Tourists, who ultimately achieved significant success in the UK, Europe and Australia.

It was not until the break up of the band in ’79 however, that Annie and Dave decided to form a duo, calling themselves “Eurythmics”.

They released their first album, “In the Garden” in 1981, but it was not until the worldwide success of their second album, (Sweet Dreams Are Made Of This) in 1983, that Eurythmics became the musical phenomenon we know today.

Eurythmics went on to sell over 75 million albums, and achieved over 20 international hits across the world.

In 1990, Annie released her debut solo album entitled “Diva”. Entering the charts at number 1 in the UK, the album sold around six million copies world wide, (including two and a half million in the USA). “Diva” included the Top 10 singles “Why”, “Walking On Broken Glass” and “Little Bird”.

In 1995, her second album was released, entitled “Medusa”. An album of lovingly crafted reinterpretations of some of Lennox’s favourite songs. It also debuted at number one, and included the massive single “No More “I Love You’s””. Medusa sold around 5 million copies.

Annie released her third solo album “Bare” to much critical acclaim in June 2003, which went on to sell approximately two million copies worldwide.

In October 2007 Annie released her much-anticipated album, “Songs Of Mass Destruction” to critical acclaim. The album featured “SING” a new song featuring 23 or the world’s most acclaimed female superstars, invited by Annie to appear on the record to help draw attention to the HIV AIDS pandemic, especially focusing on the country of South Africa, where women and children are worst affected.

“After personally witnessing Nelson Mandela describing the African HIV AIDS pandemic as a genocide, with women and children being the frontline victims, I set out to try and do something.” – Annie Lennox.

Annie Lennox was first invited to Cape Town in 2003, to take part in the inaugural concert of Nelson Mandela’s 46664 HIV campaign. It was there that she personally witnessed the plight of people struggling to cope with the situation – in clinics, orphanages, hospitals and townships.