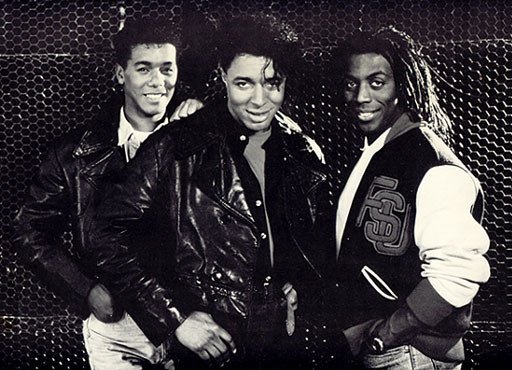 Formed in early 1981, the trio took a demo tape of a track called “Body Talk” to producers Jolley & Swain. It was released as a single in April 1981 under the group name Imagination, a name that the group chose as a tribute to John Lennon. The track reached number 4 in the UK Singles Chart in July 1981, selling 250,000 copies in the UK and spending eighteen weeks in the Top 50. They had two more hit singles that year, “In and Out of Love” (September) and “Flashback” (November), both of which peaked at number 16, all from their debut album, also called Body Talk.

Their biggest hit, “Just an Illusion”, peaked at number two in March 1982 (“Just an Illusion” would later be used as the end title song to the 1986 film, F/X); followed by “Music and Lights” (number five in June), “In the Heat of the Night” (number 22 in September, also the name of their second album) and “Changes” (number 31 in December).This was accompanied by a sell-out concert tour of Europe, with 22 dates in the UK. The trio frequently appeared on BBC Television’s Top of the Pops, and other pop music television programmes, with a distinctive exotic style, reminiscent of Roman senators, harem orderlies and slaves. John made a guest appearance on Doctor Who in 1983. They were also known for their esoteric album sleeve notes.

Following this the success of the group in the UK waned, but they continued to perform, tour and record.In 1987, they were signed to RCA Records, but by the end of that year Ingram and Kennedy left the band. John with new members, Nat Augustin and Peter Royer continued and recorded a last album Fascination of the Physical, in 1992. The band split in 1992.